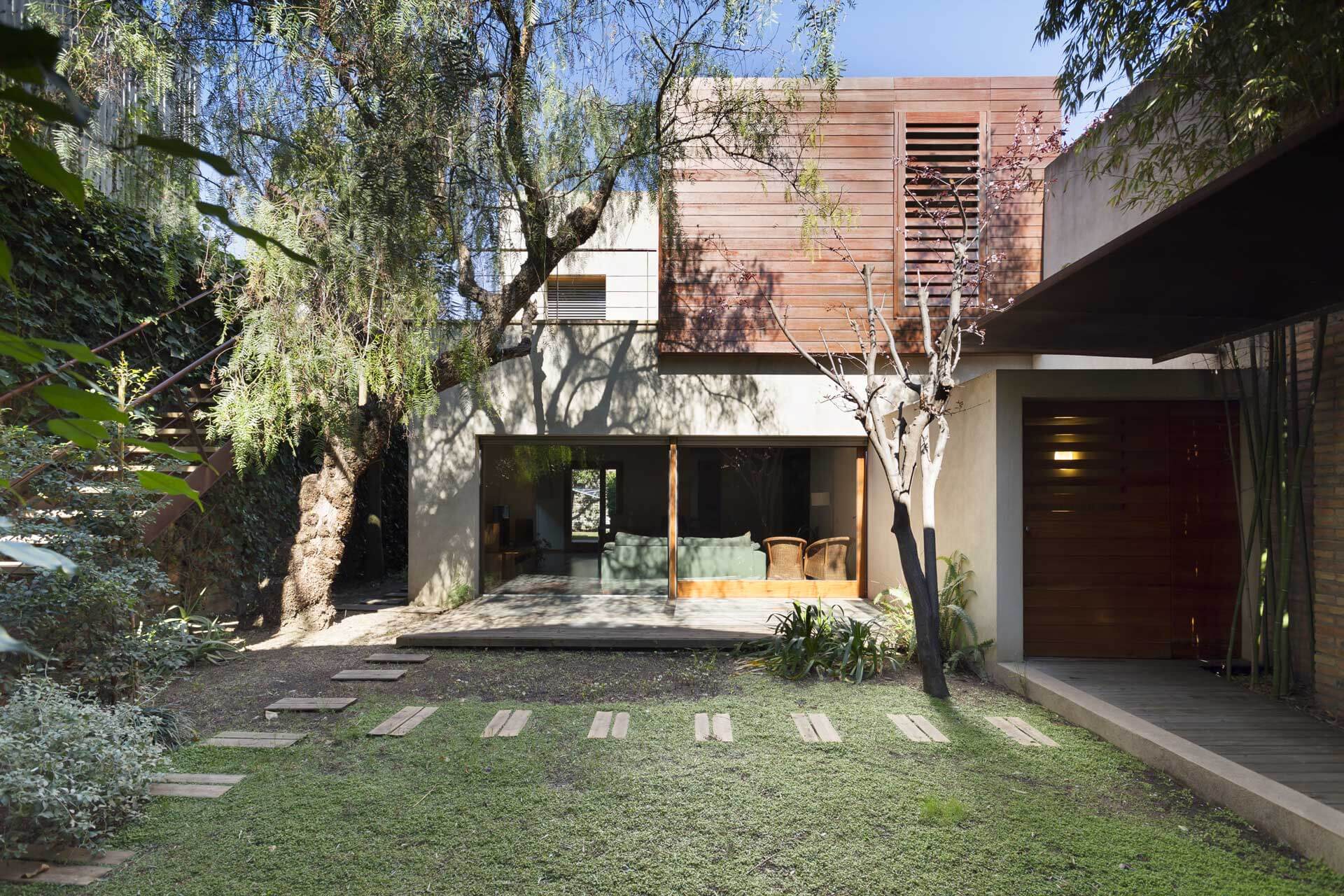 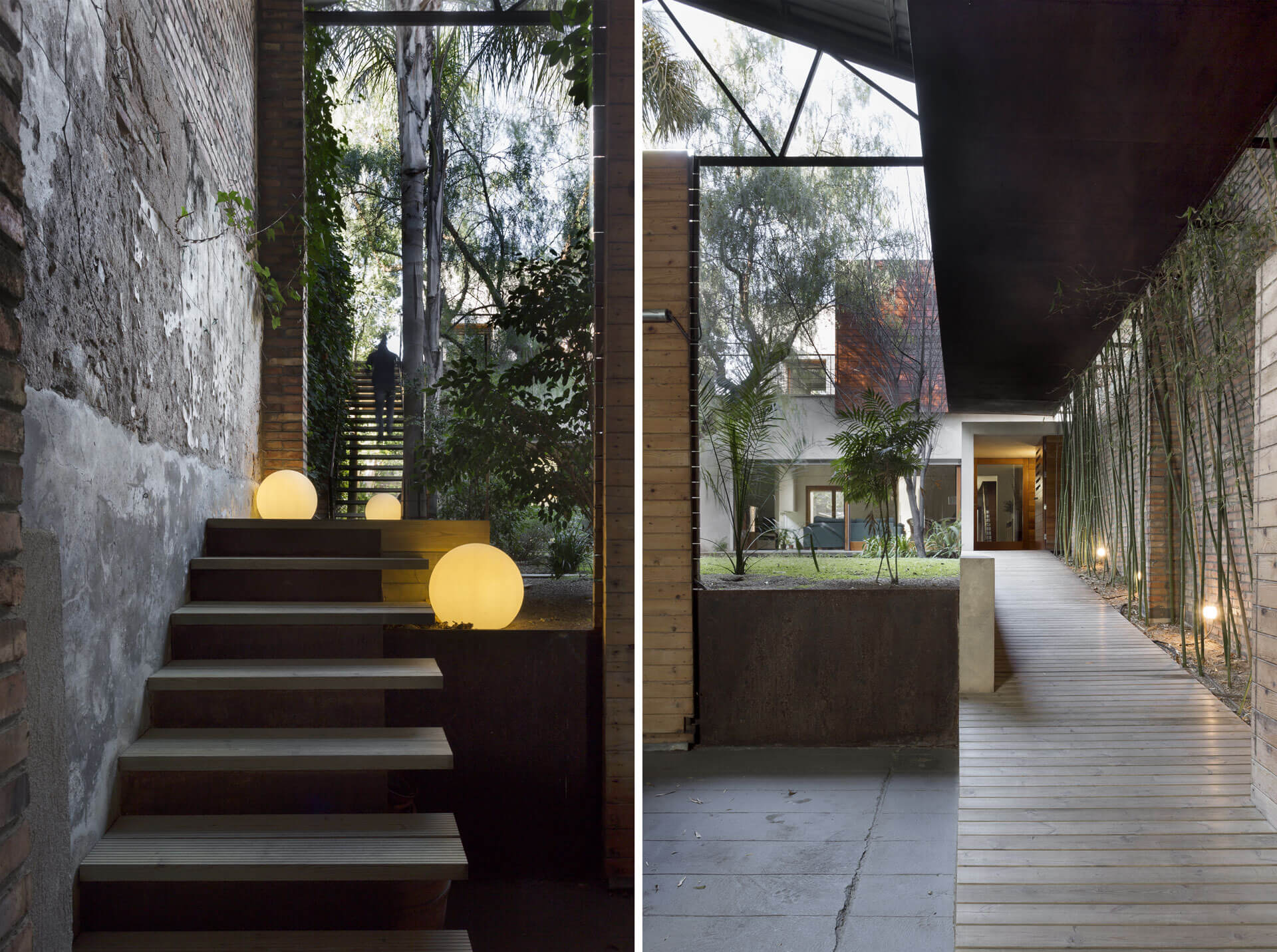 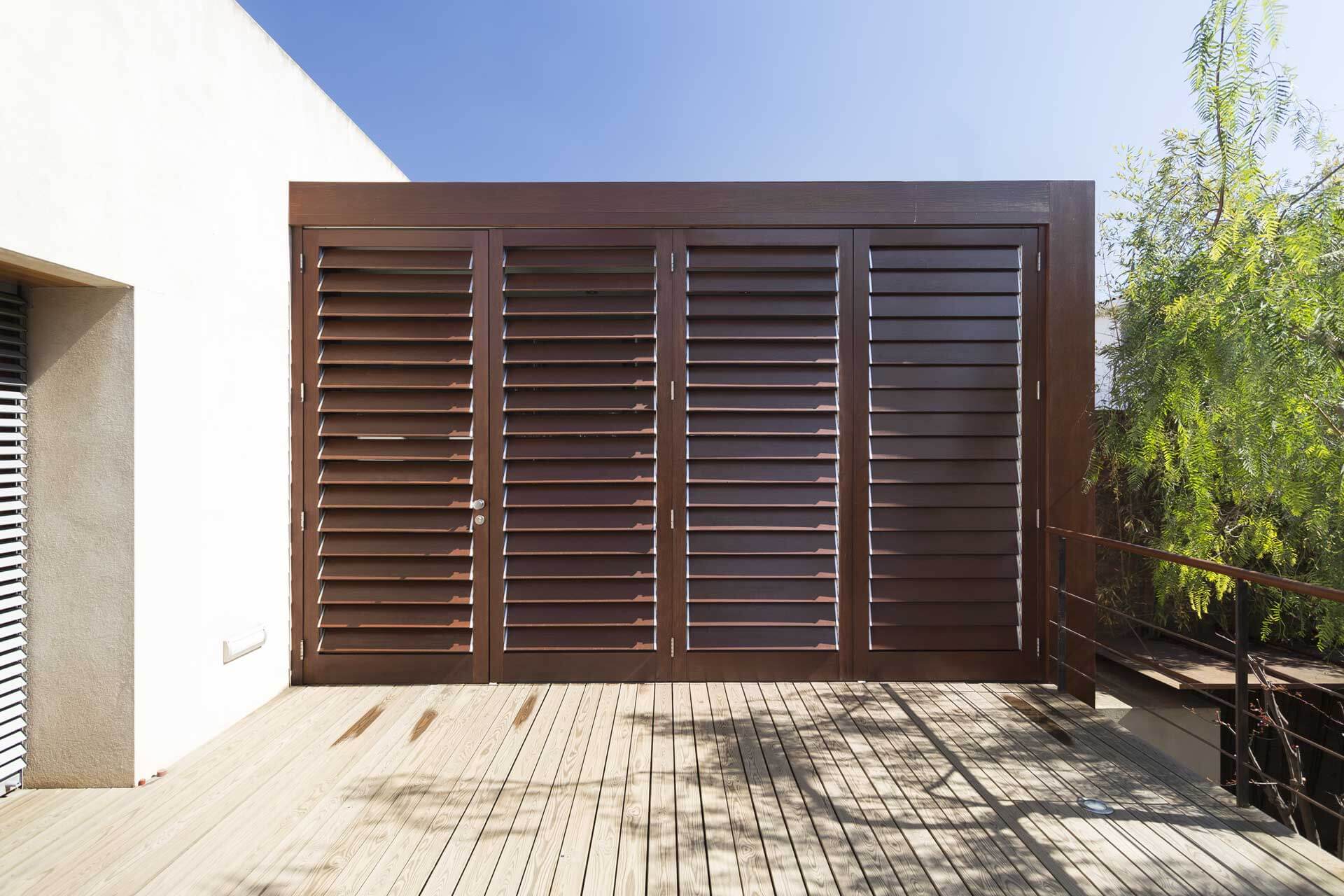 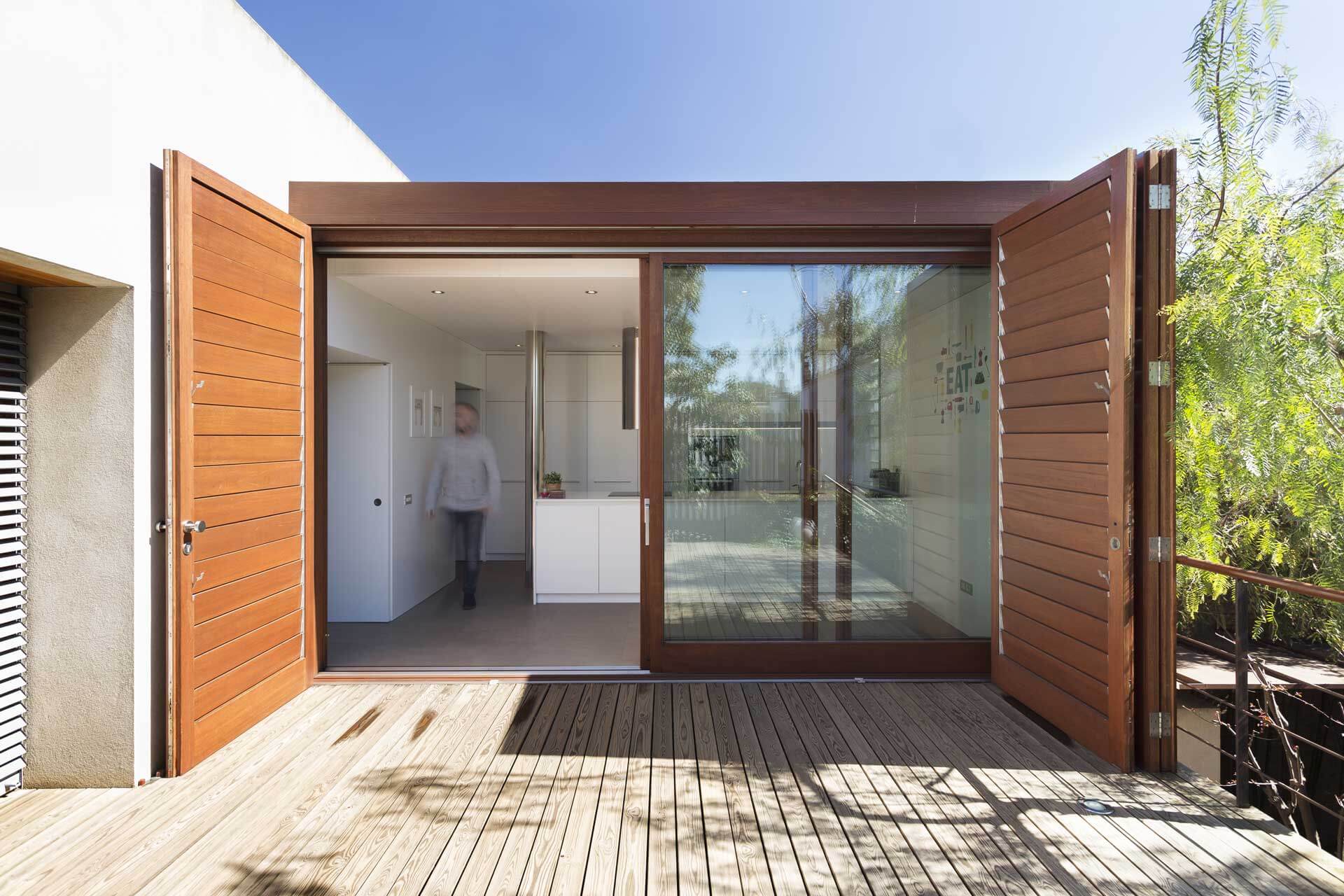 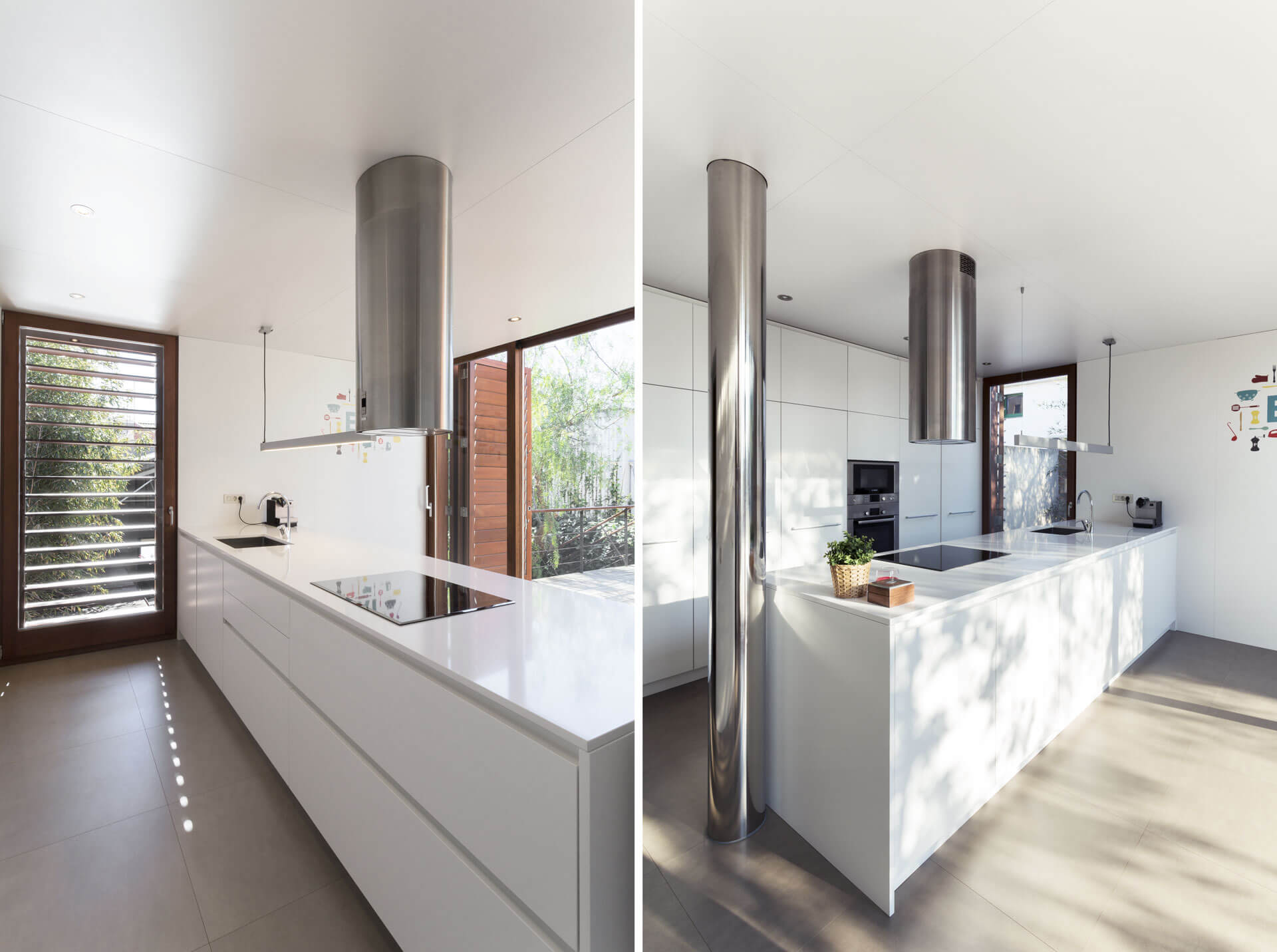 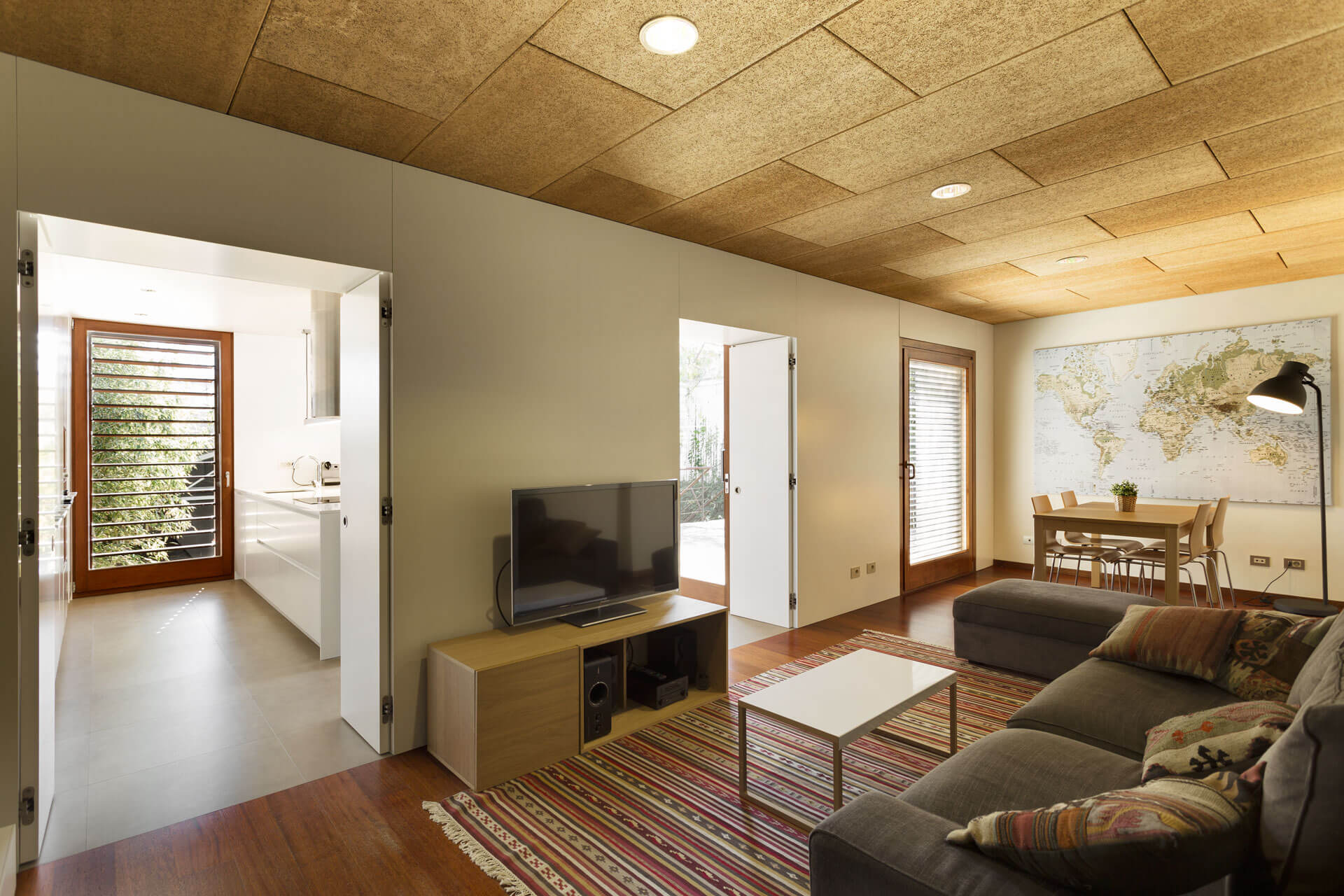 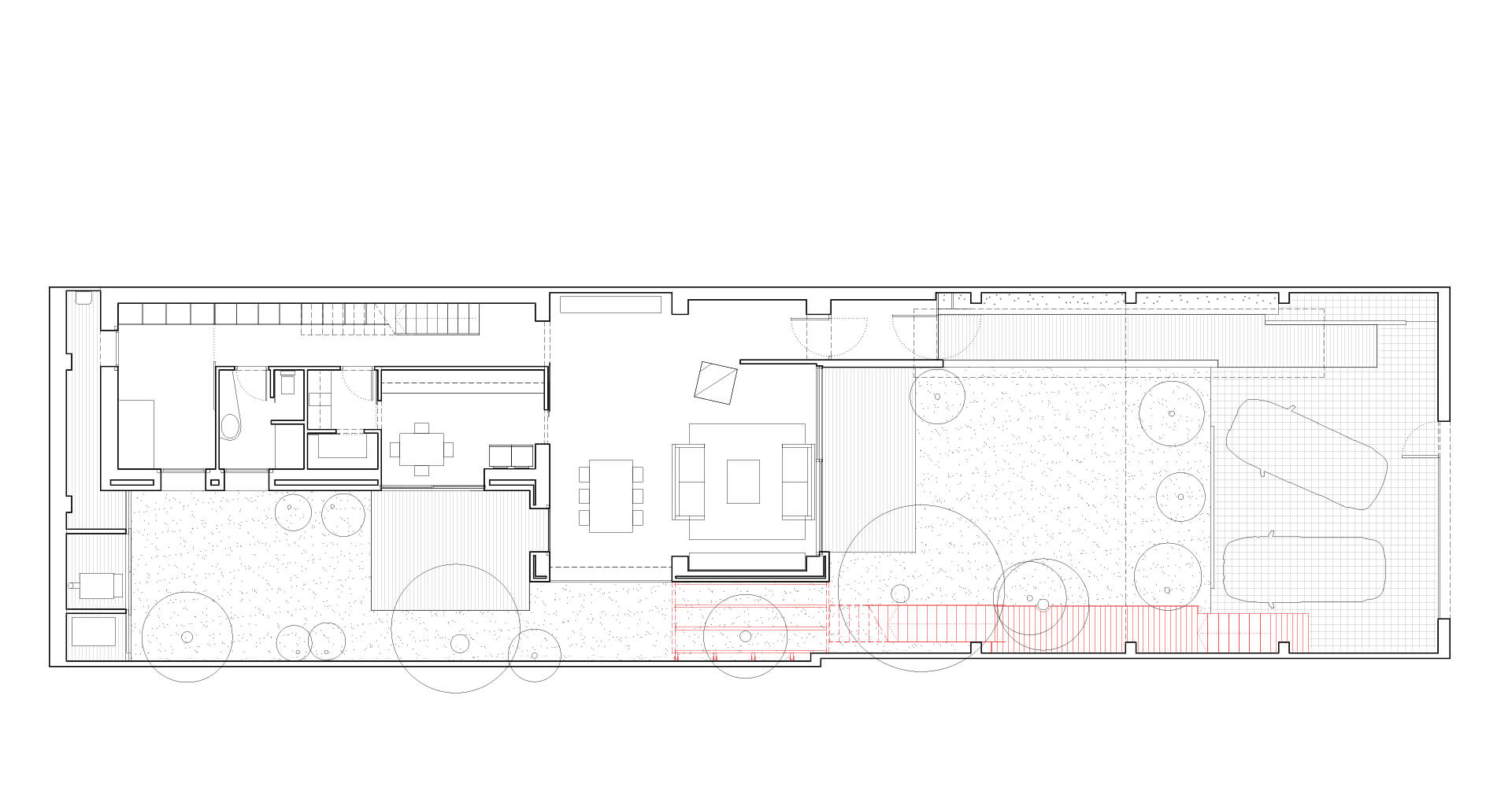 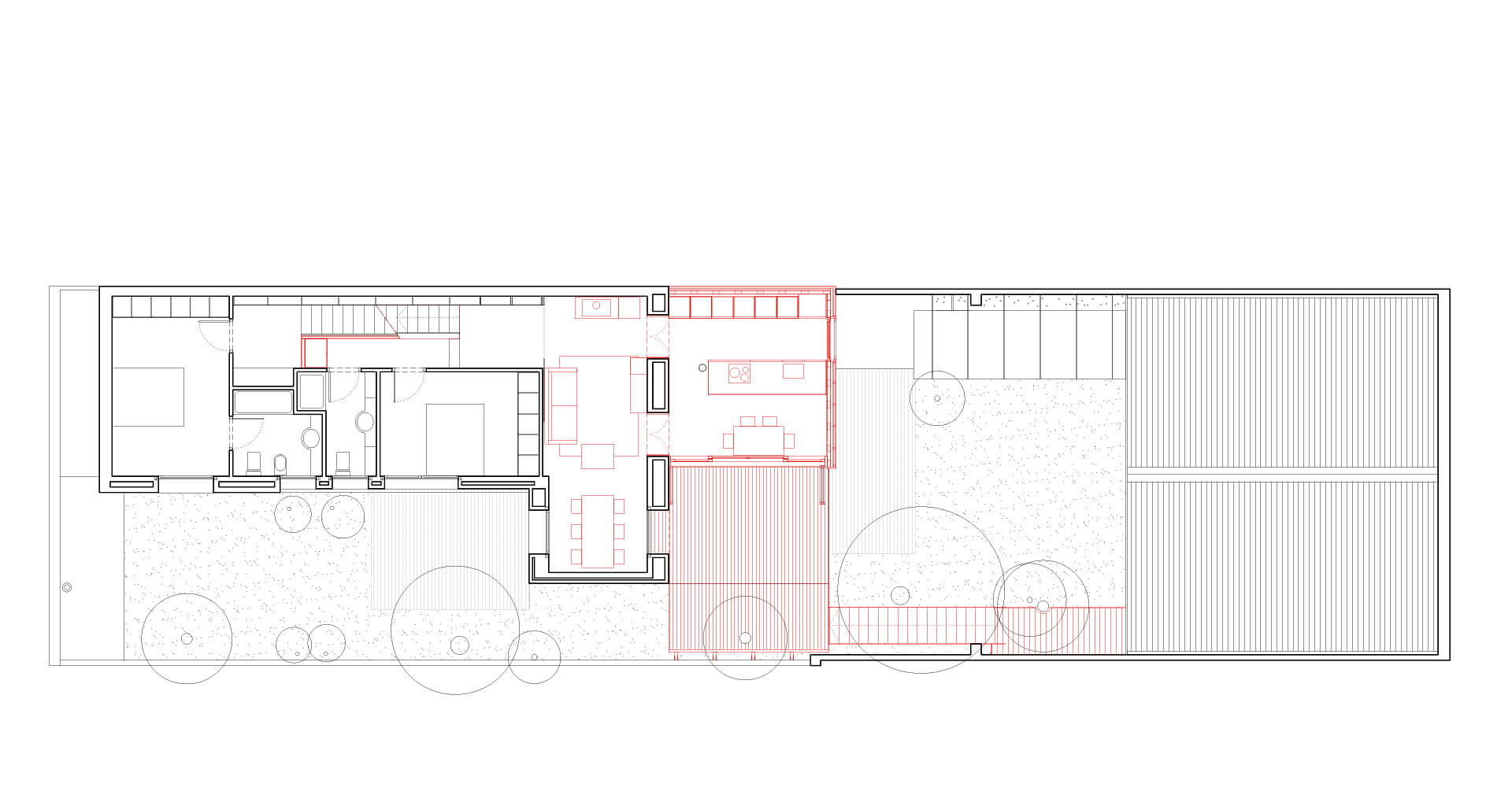 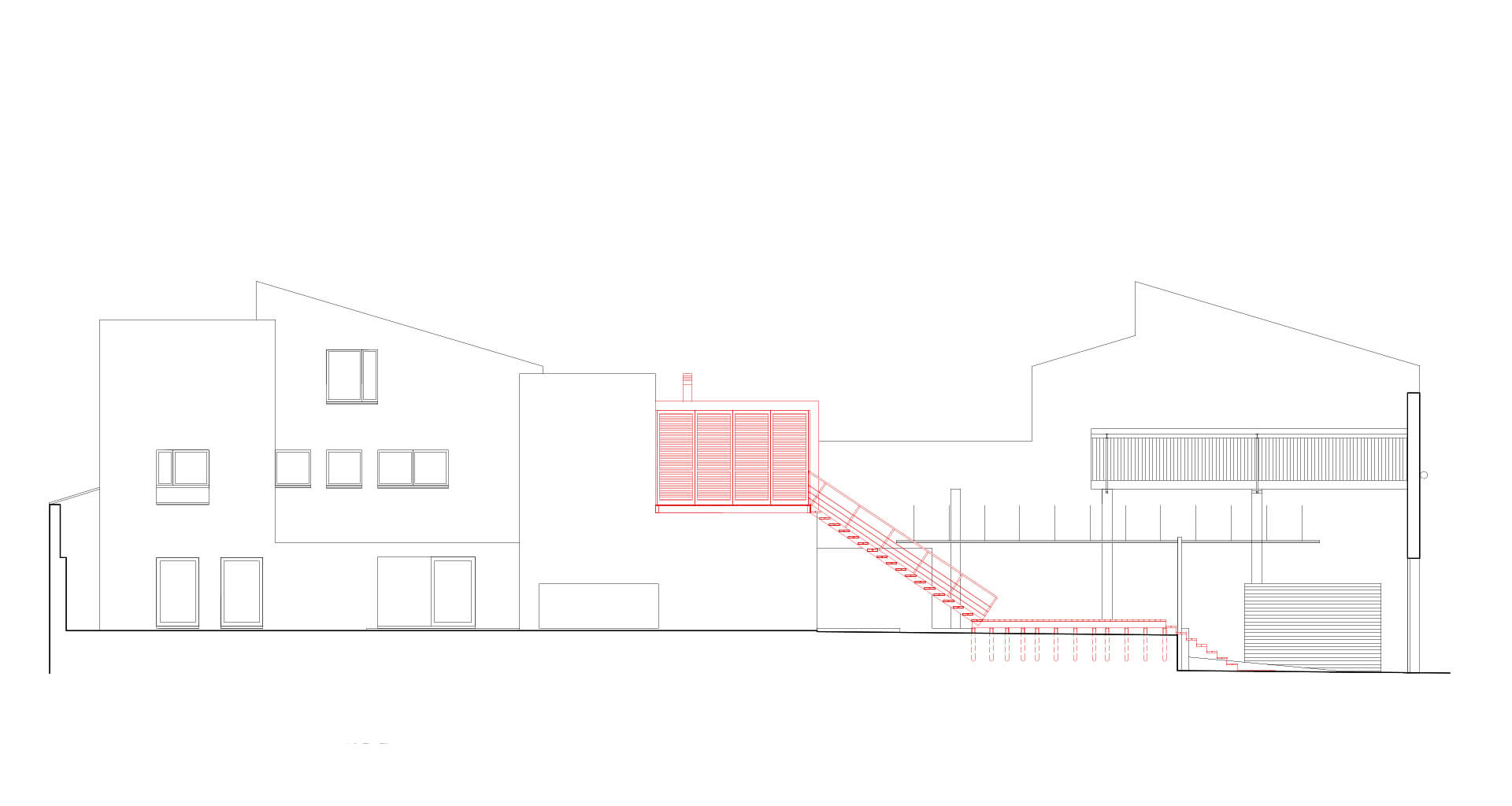 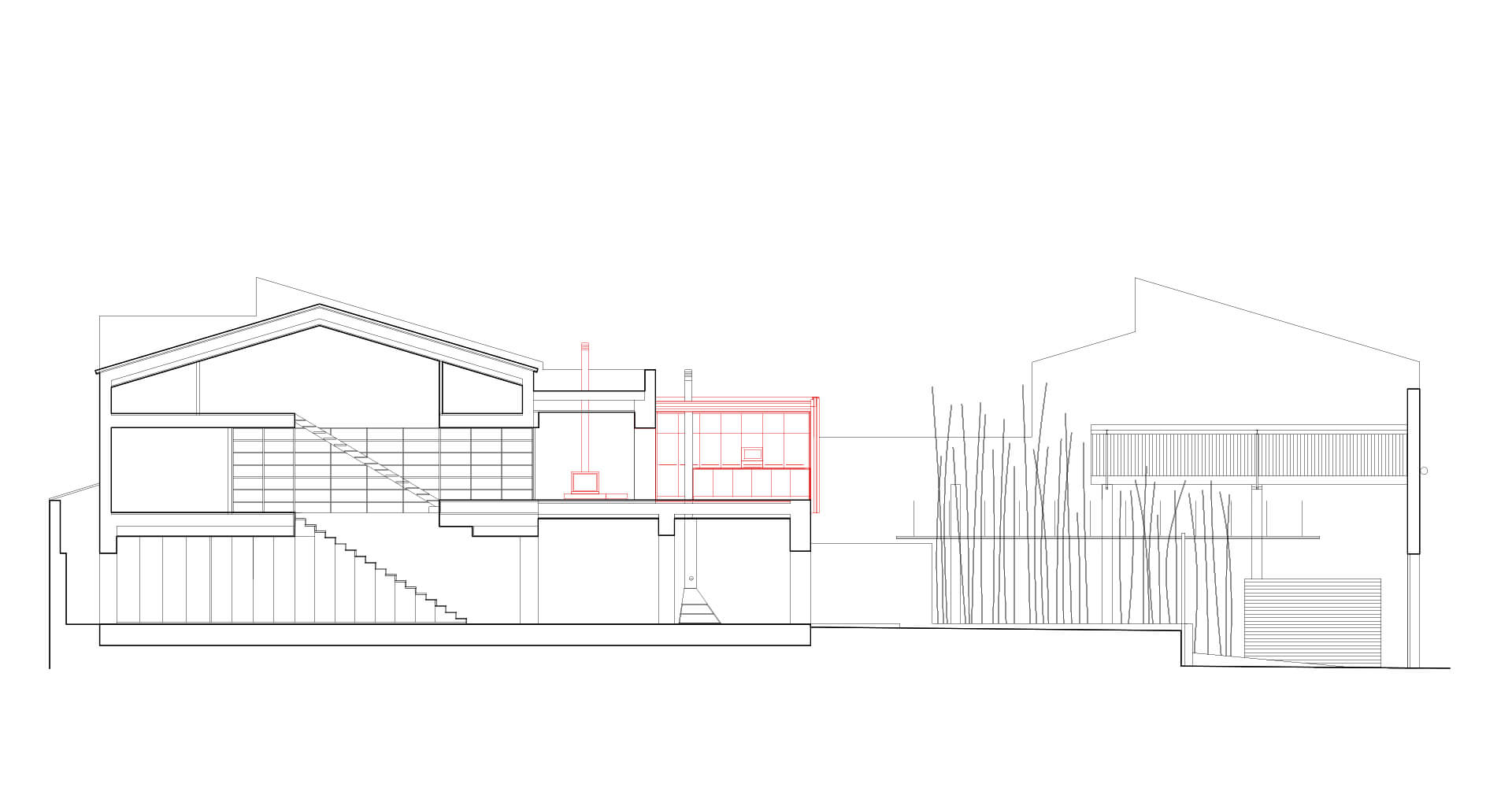 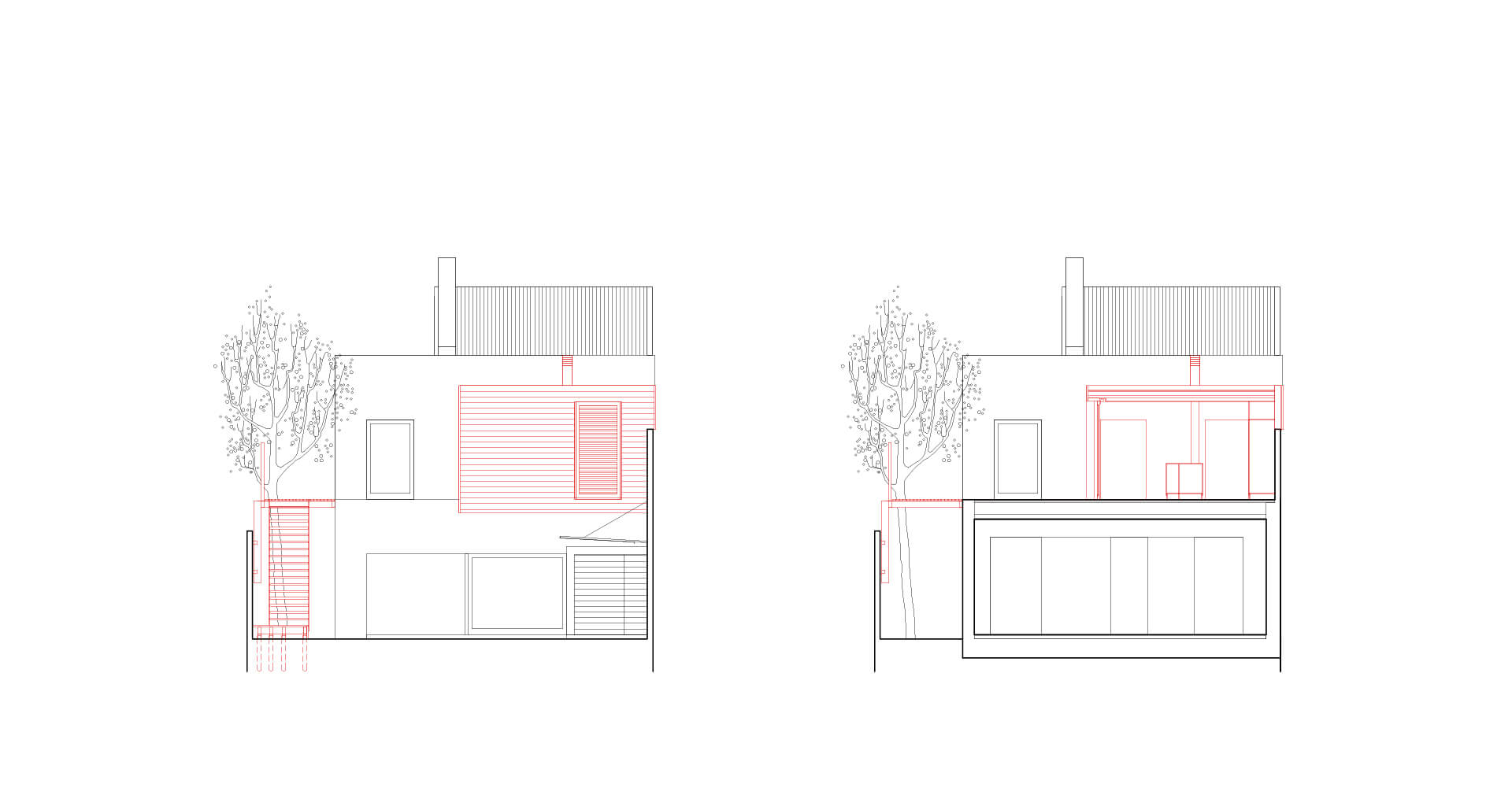 The idea for this project was to take the original house and divide it in half, thereby achieving two independent dwellings that could be reunited in the future.
The two main considerations were to create an independent access to the new dwelling, and redesign the layout with as few changes as possible.
The new access was placed parallel to the existing one. A walkway leading across the patio to the entryway on the upper floor was created using different elements giving a feeling of lightness; they blend into the existing trees in such a way as to avoid obstructing the view from the dwelling on the ground floor.

In the new layout, the staircase that joined the upper and lower floors was closed off with a structure that could subsequently be dismantled; at the same time, a storage area for the dwelling on the upper floor was created. In order to avoid heavy construction work in the house, a new volume made of wood was built onto the terrace. This space became the new central area of the upper floor dwelling, being both an access point and a new kitchen, totally open to the exterior as a prolongation of the terrace.

BACK
Category: Residential
We use cookies own and of third to improve our services and show him advertising related with his preferences by means of the analysis of his habits of navigation. If you continue surfing through this site we will consider that it accept the terms of the web.AcceptRead more