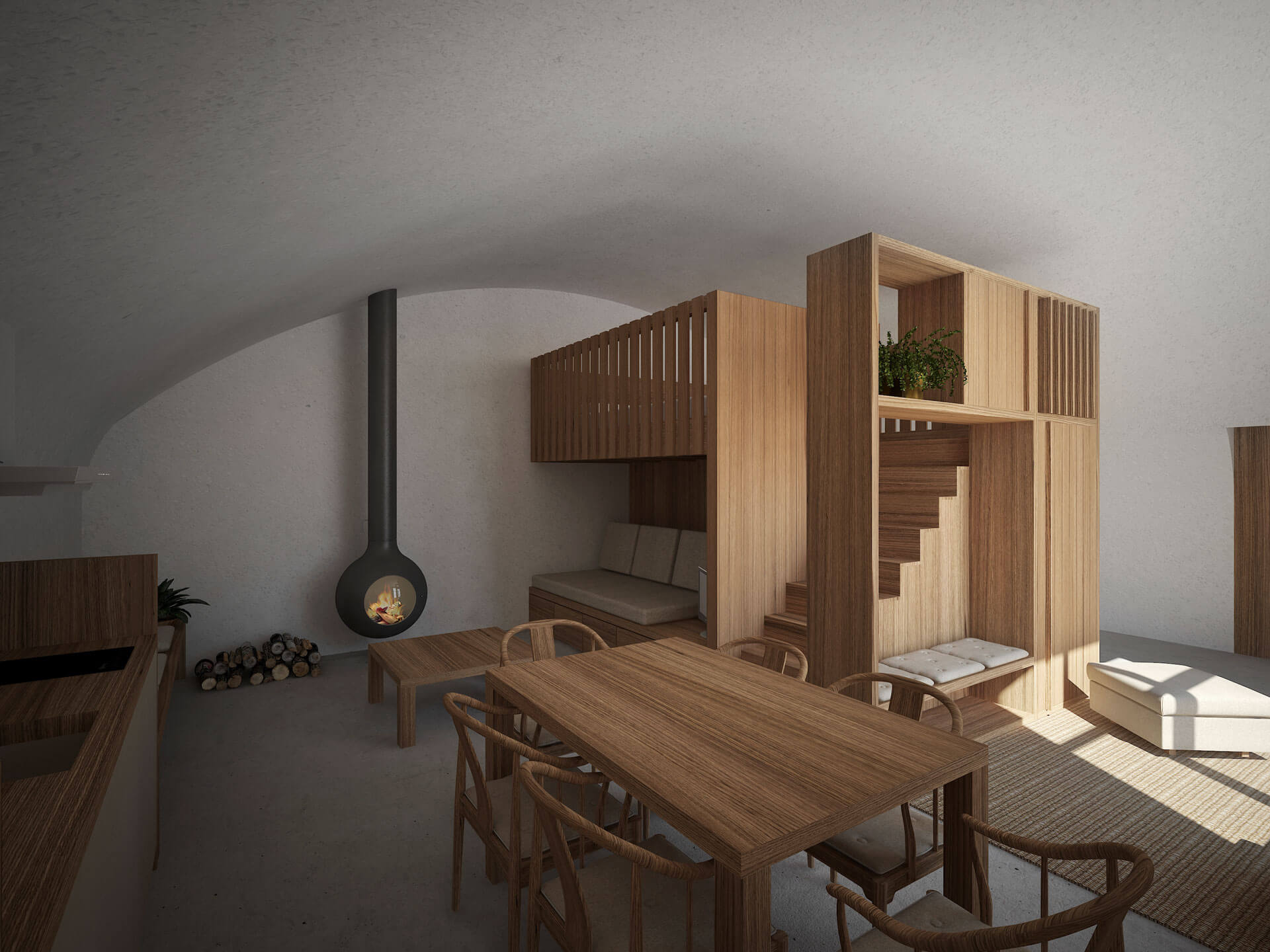 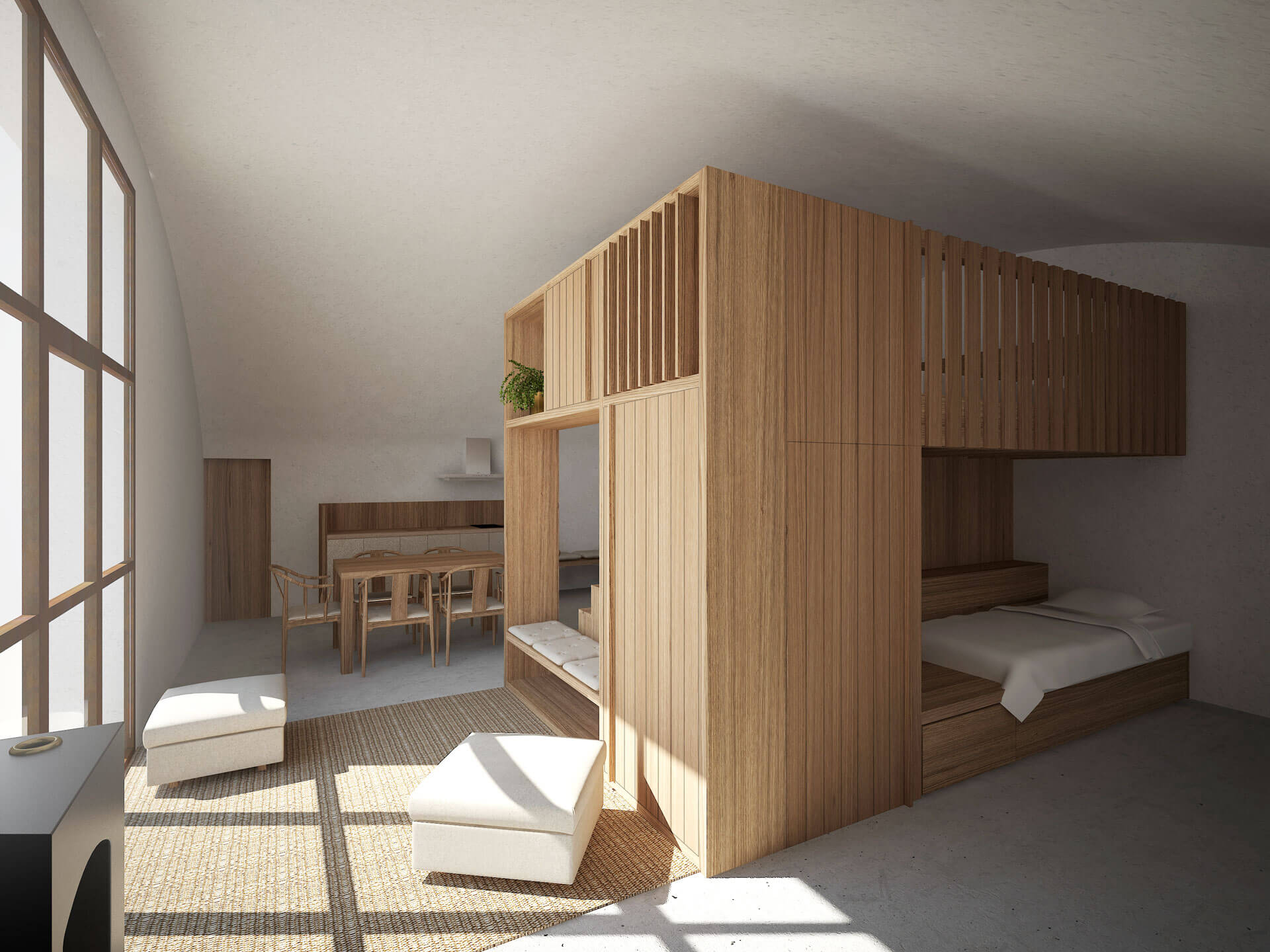 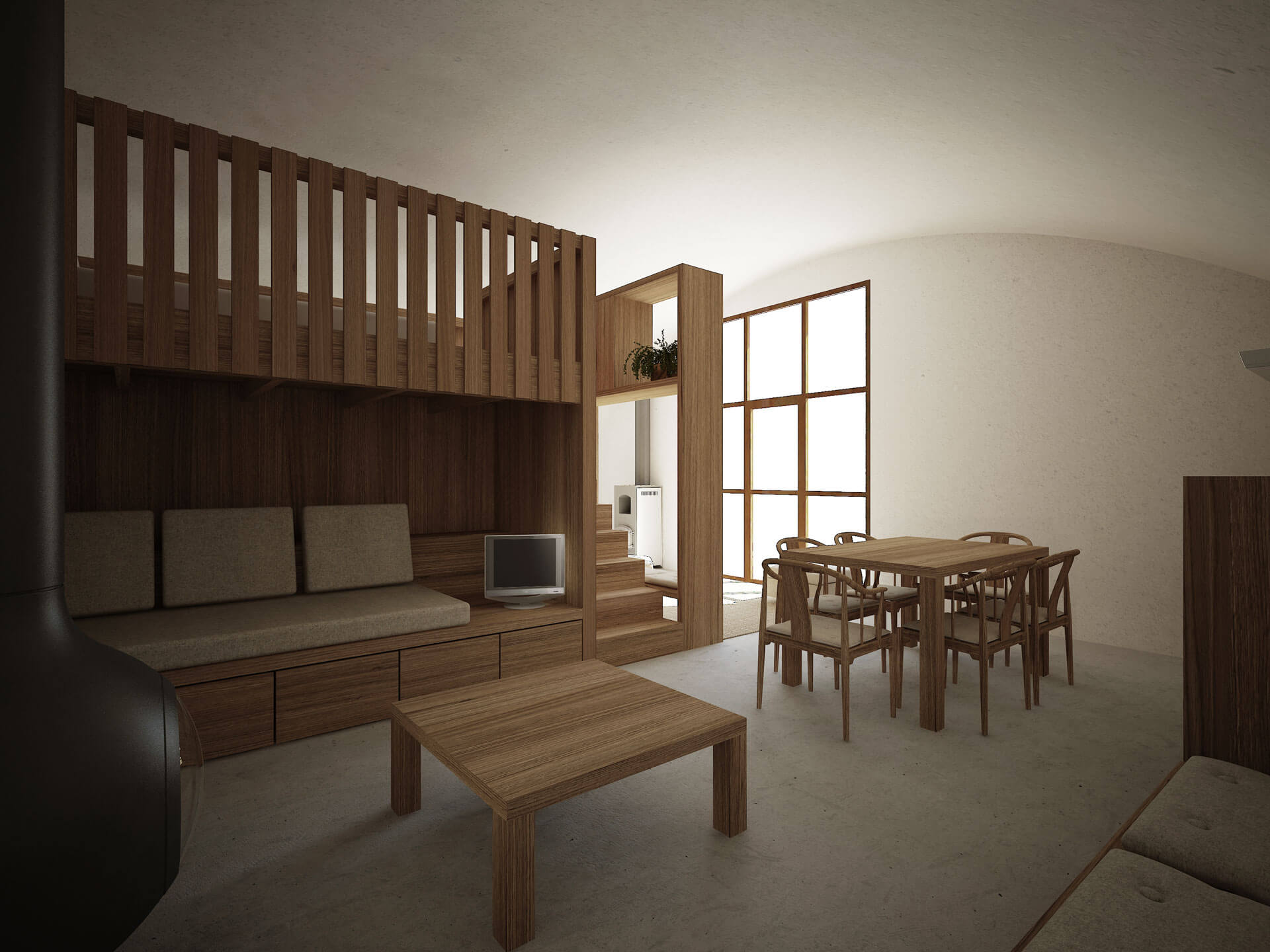 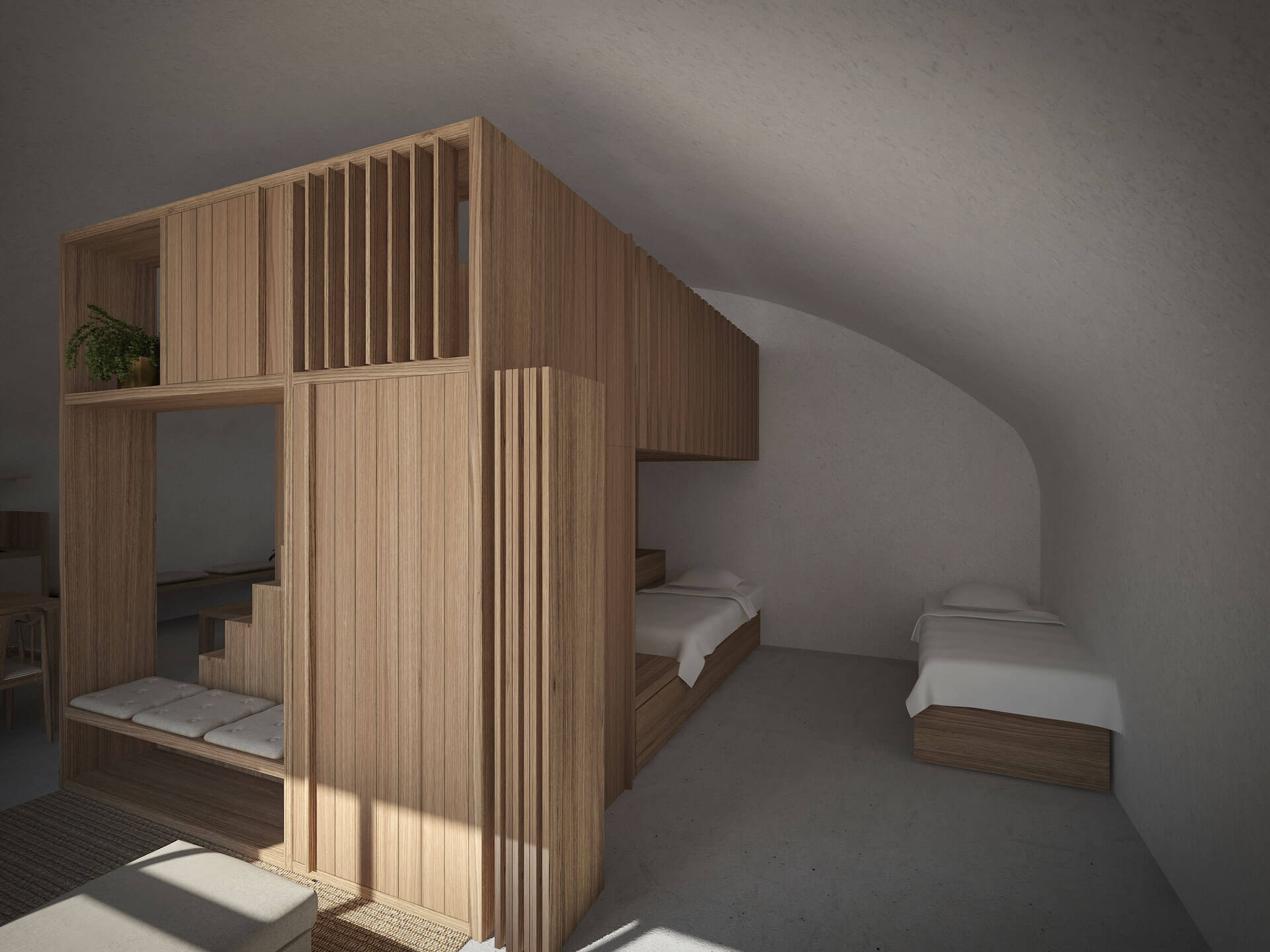 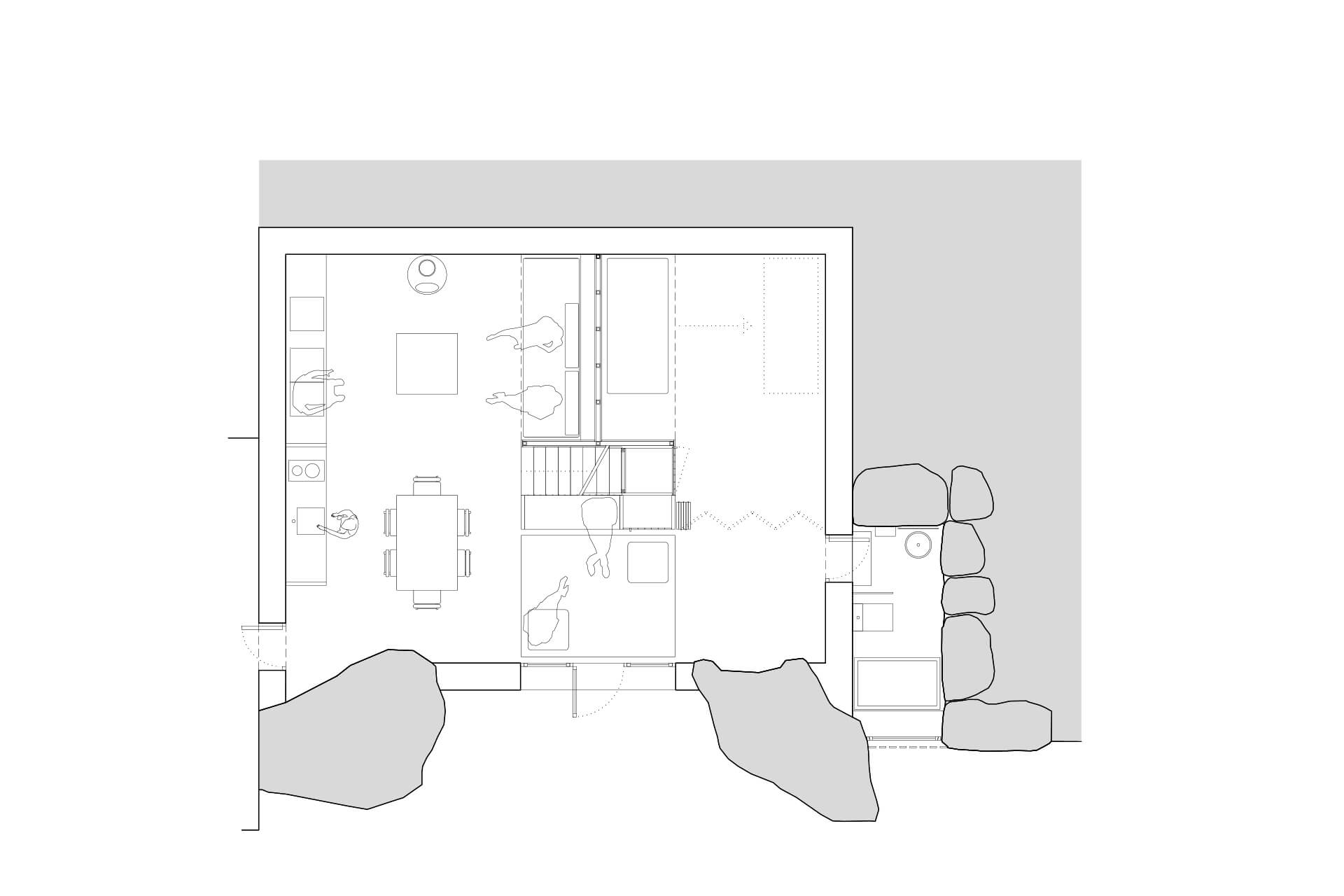 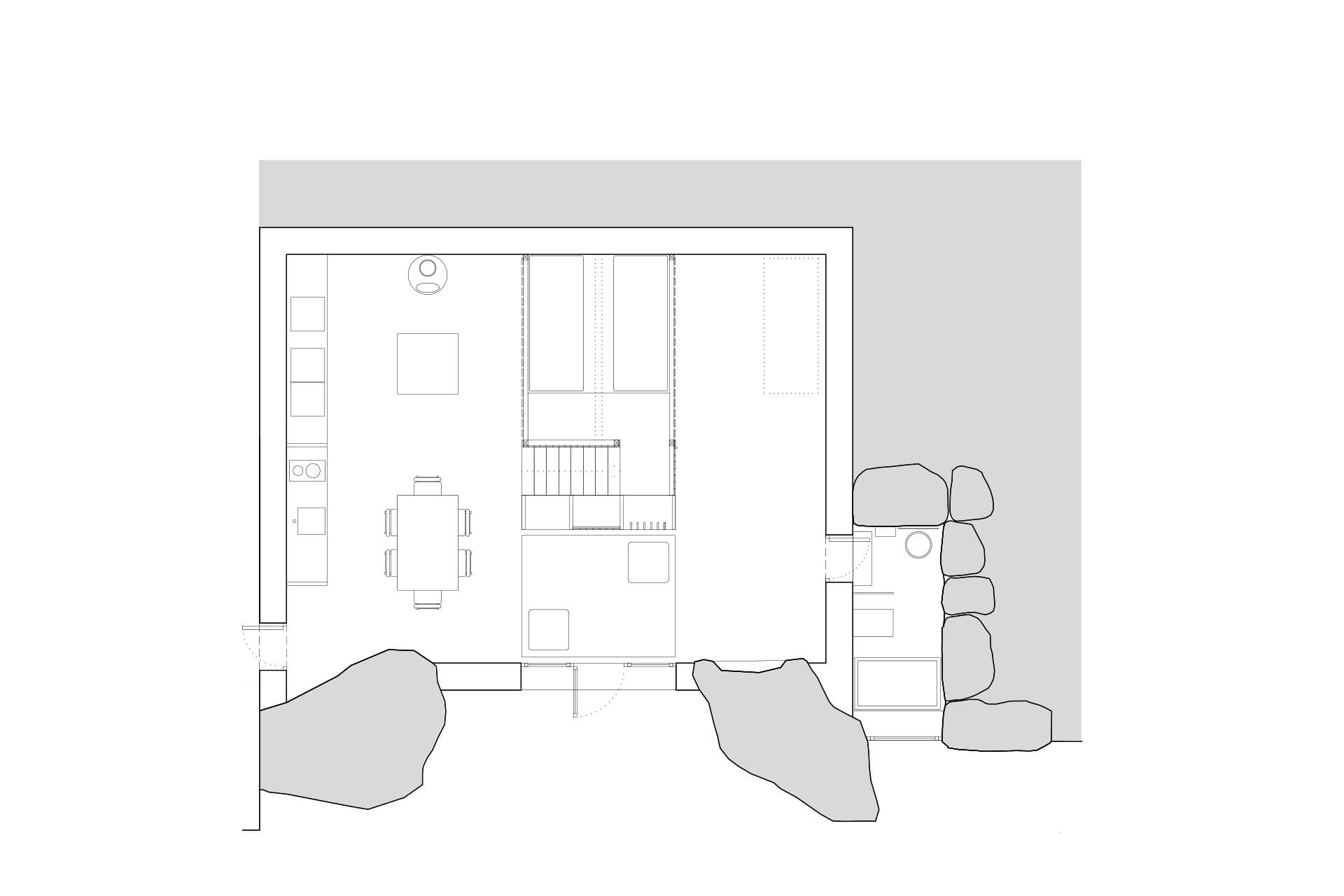 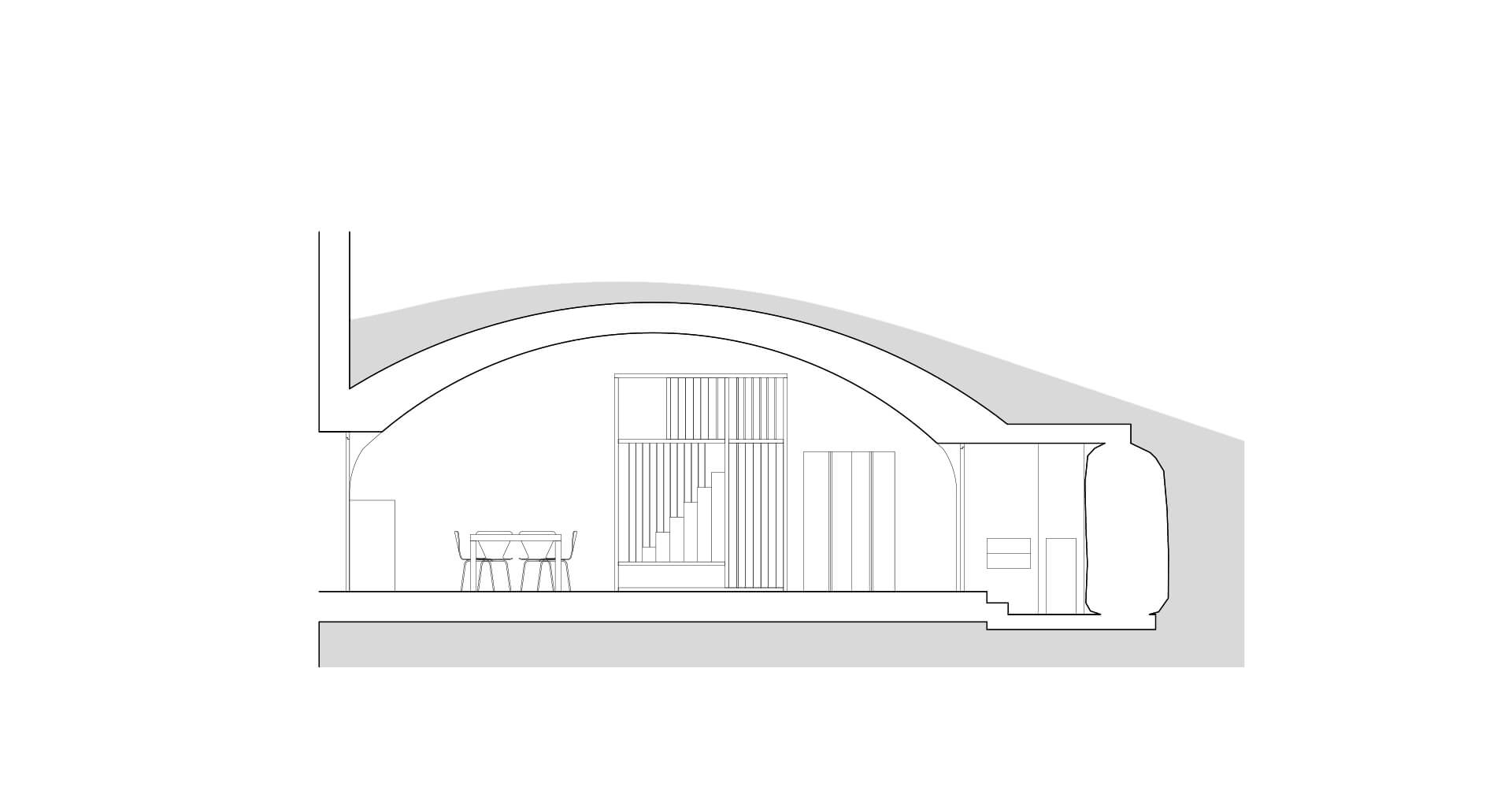 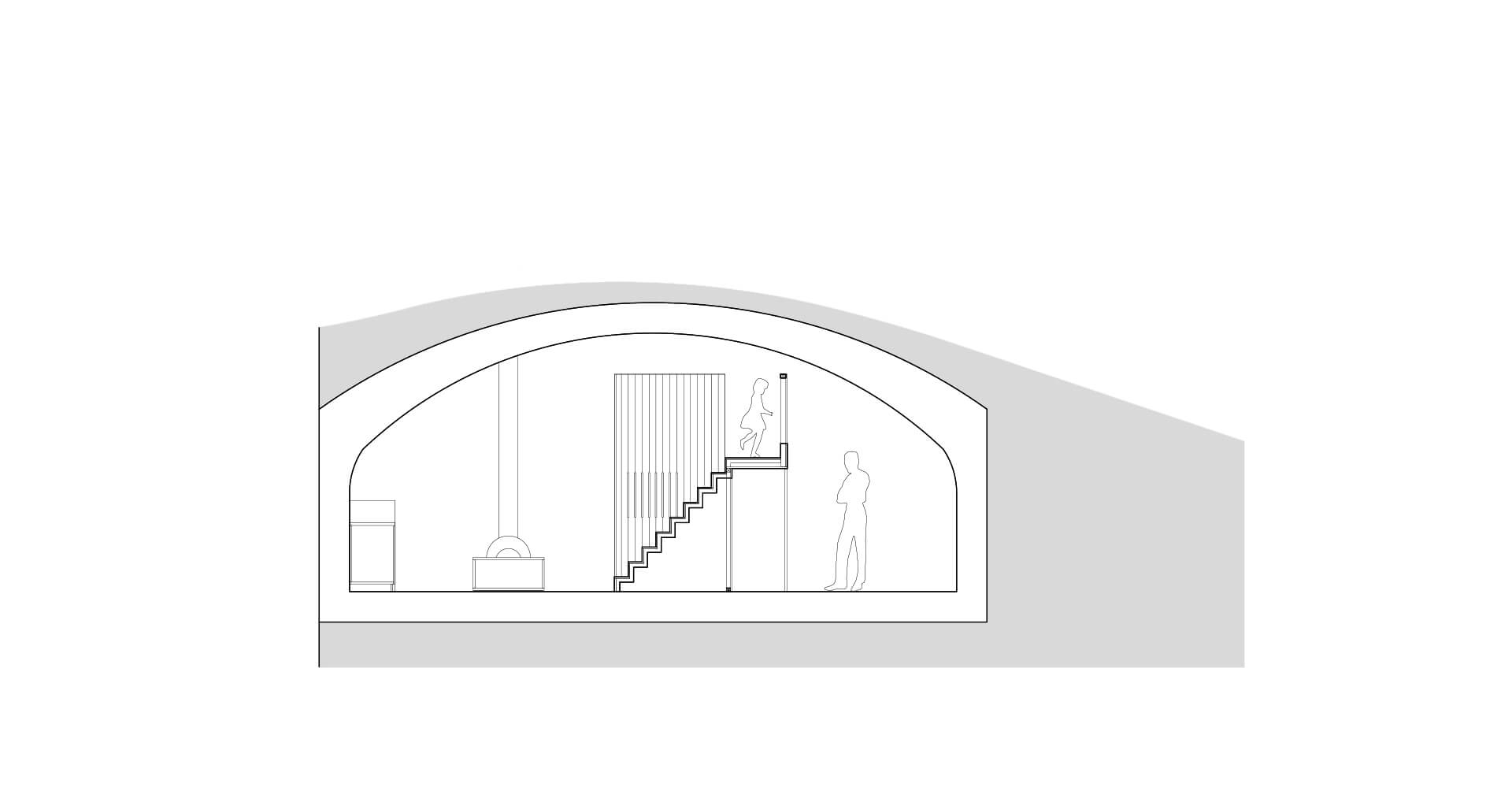 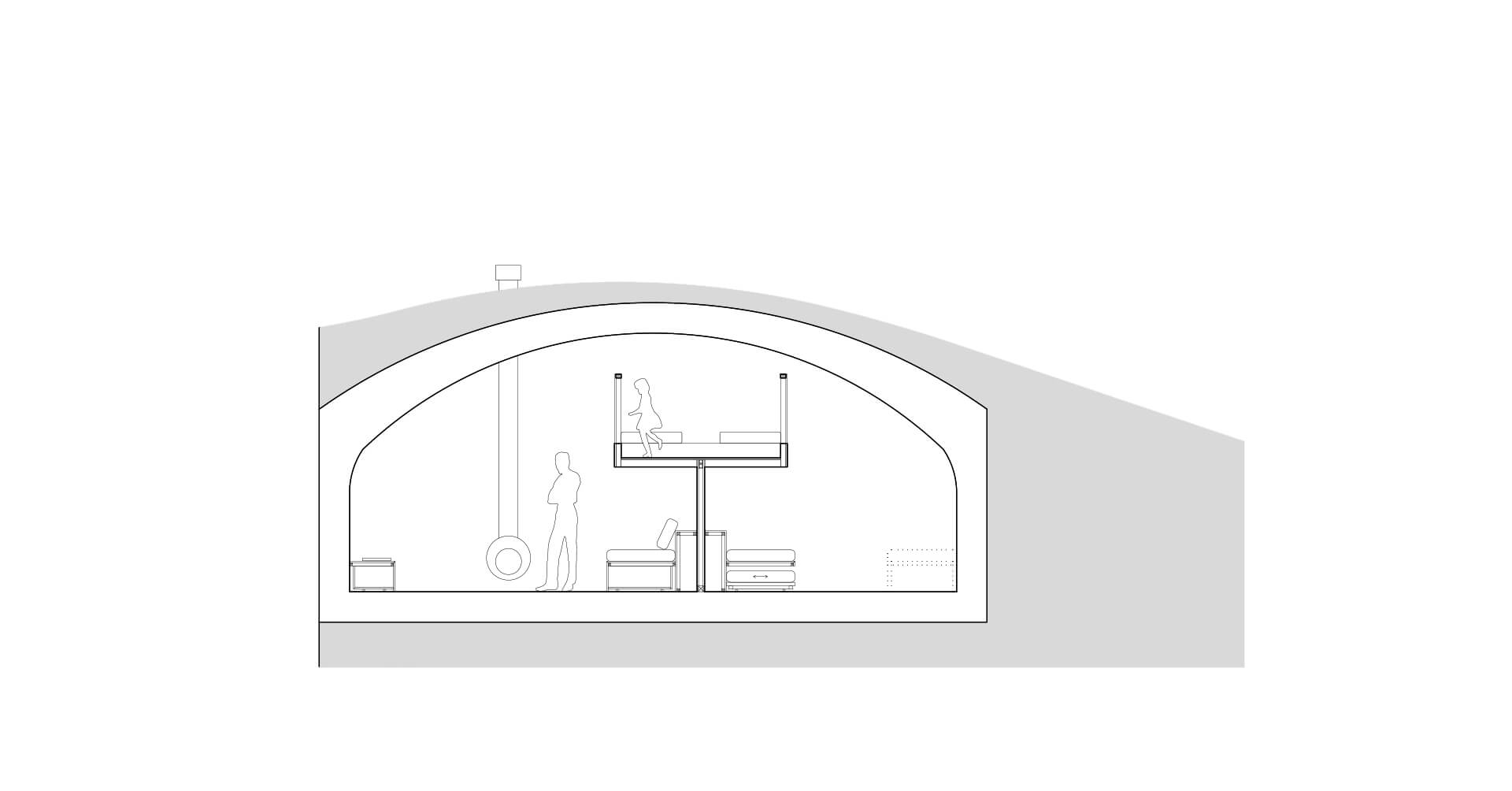 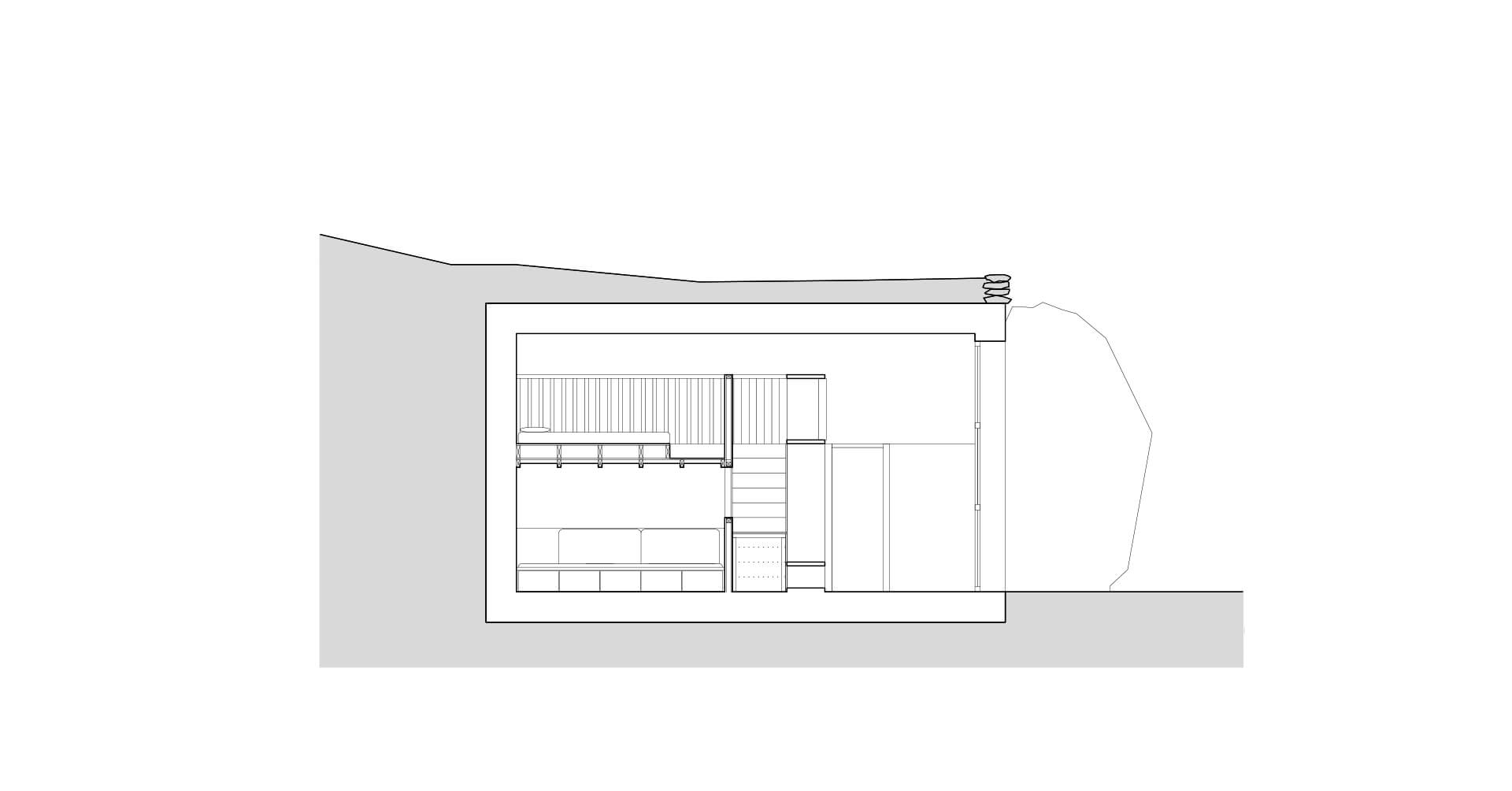 The project consisted of revamping the old storage space of the Mas El Crous country house to turn it into an annex to the house, thereby gaining more capacity and versatility of use.
The idea was to create more rooms, together with a living area, and to offer the option of keeping the country house and its annex together or separate.
Since the space itself was partially underground, with a curved ceiling and only one entry point for natural light, it was decided that none of the interior divisions or other elements would reach the ceiling, to allow maximum light to reach all areas inside.
The solution adopted was a piece of furniture that was multifunctional, with storage space, beds, bench, couch, staircase and partitions. In this way a spacious access area was created where inhabitants could also read or chat in direct contact with the exterior; a living/dining area; and several beds, making the annex ideal for a young couple, a couple with children, or even large groups of 8 or 10 people when the annex was joined with the main house.

The idea was to make it possible to live in a cave with the soul of a loft, while enjoying the surroundings of the Sau Reservoir.

BACK
Category: Design |Retail
We use cookies own and of third to improve our services and show him advertising related with his preferences by means of the analysis of his habits of navigation. If you continue surfing through this site we will consider that it accept the terms of the web.AcceptRead more